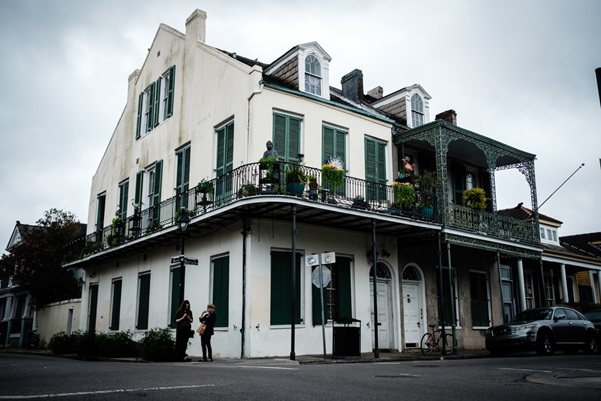 New Orleans homes are a different world altogether, since the city has been a melting pot since colonial times. The influences of the American South, French colonial settlers, Spanish travelers and Caribbean migrants can be seen to this day in the city’s older homes.

However, in an effort to modernize them, people often find that their remodels have gone very wrong. There’s one kind of simple change you can make to your New Orleans homes without changing the essential style of the property: adding steel and iron doors.

Before we can move on to the actual types of homes commonly found in New Orleans, Louisiana, let’s take a look at the different architectural styles found in the city. Just like the world of interior design or fashion, home types often evolve from the fusion of multiple different styles.

As the ultimate Louisiana city, New Orleans is known for multiple dominant styles. The Creole architectural style, for one, came from French colonial ties. The bare brick is a direct reference to classic French homes, while the stucco is a Spanish Legacy. Add the Caribbean raised flooring suited to the weather, and the Creole style is born.

This may be a surprise, but Greek Revival architecture is particularly strong in New Orleans. The symmetrical columns, rectangular doorways and wide porches are strongly reminiscent of other Greek features in plantation houses and mansions across the South.

While these three are the main architectural styles we find here, these categories are fluid. They combine with each other and are often found in conjunction with modern and contemporary designs in today’s New Orleans.

With that out of the way, it’s time to get to what you’ve been waiting to hear. New Orleans homes have endless charm, but that doesn’t mean a set of sleek, new wrought iron doors or steel exterior doors can’t upgrade the curb and interior appeal of your house. Let’s look at how certain kinds of New Orleans houses will work with different types of iron doors.

Creole cottages are nothing fancybut are a staple Louisiana home across all urban centers. These homes are what is called vernacular housing, which was built for local needs but with clear assimilation via French and Spanish styles.

Signature qualities of Creole cottages include gabled roofs, which is what steeply slanted roofs are called. Dormer windows protruding from the attic are sometimes found in these homes. Windows in Creole cottages are generally slim and longer to maximize size without taking too much wall space.

Like the windows, the doors are narrower and sometimes longer. We recommend modern iron doors that incorporate clean lines for these cute little houses. Single iron doors are a more appropriate choice, given the size of the home and the need for basic geometrical design for cohesion.

When we say townhouses, try not to think of typical New York or San Francisco homes that we’re used to. New Orleans’ American townhouses are two or three-story homes that are more vertical than they are horizontal.

They usually have a distinct porch, with an upstairs gallery that mimics the space allocation below and pillars running through the outdoor space. New Orleans townhouses also have gabled roofs, adding to the height of it all.

Our recommendation is to lean into the quaint design and add scrollwork iron entry doors that complement the Greek-revival pillars and rails in the New Orleans townhouse.

These houses are about as formal as they sound. Shotgun houses are a clear Caribbean influence, where land was limited, and the population was comparatively higher. These building types were easy to construct, which is why they’re so commonly found in the city.

Most shotgun houses have a narrow façade, limited porch space but long stretched out doorways and windows. Often found with Queen Anne style wooden flourishes and a typical gabled roof, shotgun homes have loads of potential.

Single wrought iron doors with some basic carved design would be perfect here. This kind of door would elevate the profile of the simple floor plan and façade while perfectly fusing with the classic Queen Anne décor.

The depth and width of these homes are usually almost the same, and in true Louisiana style, incorporates the compulsory railed porch space as well. The complex floor plans usually have large public rooms, with the personal bedrooms staying slightly smaller.

We say, modernize these doorways all the way! Add double iron doors to the entryway and incorporate contemporary iron doors for the passageways and bedrooms. Bungalows are versatile, which is something you can take direct advantage of.

While there are so many more home types in New Orleans, these four exemplify the true nature of the city. With the right combinations of steel and iron exterior doors, you can make a comfortable, 21st century home for yourself in these traditional Louisiana homes.

Disclaimer: The information provided in this article has been provided for recommendation purposes and should be independently researched and fact checked. Exposure to various elements and continued usage can affect doors and windows, including any linked products, in different ways. We strive to ensure that all the information provided is deemed reliable, but results cannot be guaranteed as iron products are subject to rusting, discoloration, and corrosion when exposed to environmental elements.

The author is an architecture and interior design enthusiast. They like to read and explore historical and vernacular architecture in different areas of the USA and write about how modern fusions can be performed.

Seal The Beauty With A Smile- Terrarium Singapore

Enter To A Beautiful Kitchen With So Many Trendy Design

Tips and Methods for Pressure Washing Your House Exterior